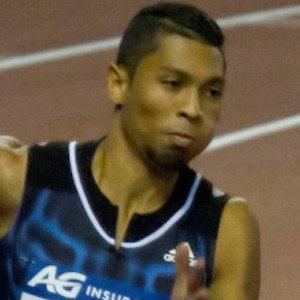 South African sprinter known for his proficiency at the 100 meters, 200 meters, and 400 meters, becoming the first person to run them under 10 seconds, 20 seconds, and 44 seconds, respectively. At the 2016 Olympics, he won a gold medal in the 400 meter race, setting a world record with a time of 43.03 seconds.

He first competed internationally in 2010 at the World Junior Championships.

He attended University of the Free State to study marketing. He won his first gold at the 2015 World Championships.

He was born to Odessa Swarts and Wayne van Niekerk.

Wayde van Niekerk Is A Member Of