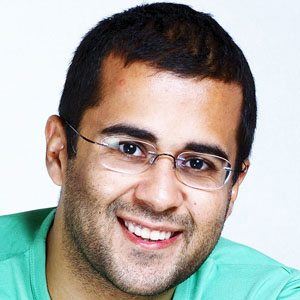 Bestselling Indian writer who is known for such works as Five Point Someone, One Night @ the Call Center, and What Young India Wants. Many of his works, including 2 States: The Story of My Marriage and The 3 Mistakes of My Life, were adapted into films.

He studied Mechanical Engineering at the Indian Institute of Technology in Delhi. Later, he became a columnist for The Times of India.

He was included on Time Magazine's list of the 100 Most Influential People.

He was born in New Delhi, India. He married Anusha Bhagat in 1998; they have two children named Ishaan and Shyam.

His work, 3 Idiots, was adapted into a film starring Aamir Khan.

Chetan Bhagat Is A Member Of