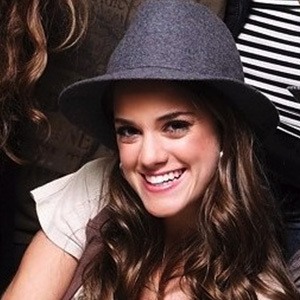 Actress who is most famous for playing Mia Wong on the Peruvian comedy series Al Fondo Hay Sitio. She has also starred on shows like Aguita Dulce and in feature films like Poseídas (2015).

She studied at Cambridge College in Lima, Peru.

She is a theater actress who has starred in productions of Romeo and Juliet, The Princess of the Lake and more.

She co-starred with Nataniel Sanchez on Al Fondo Hay Sitio.

Chiara Molina Is A Member Of