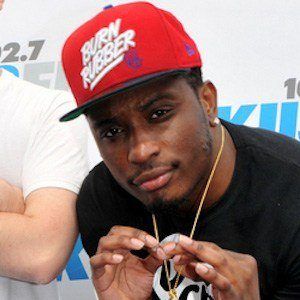 Rapper best known as the face of the band-turned-solo-act Chiddy Bang. He and his partner released their debut studio album Breakfast in 2012. However, after the pair went their separate ways in 2014, he continued his career solo. He released his second studio album Baggage Claim in 2015.

Chiddy Bang formed as a trio in 2008 while he and his fellow bandmates were attending Drexel University.

In 2009, he broke the Guinness World Record for both Longest Freestyle Rap and Longest Marathon Rapping Record.

He was born Chidera Anamege and is a native of Philadelphia, Pennsylvania.

Chiddy Bang Is A Member Of