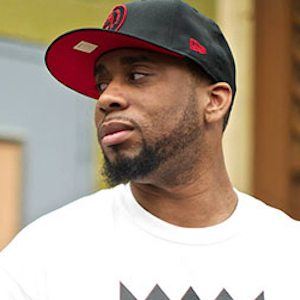 Most Popular#55343
Rapper Born in Massachusetts#14

Rapper primarily known for his successful battling career, he has also become known for releasing over half a dozen mixtapes since his musical career began. He has competed with companies like the Ultimate Rap League and the Don't Flop YouTube channel.

He began his rap career in high school at the age of sixteen by participating in the New England battle rap circuit.

He has a self-titled YouTube channel where he posts his battles and the occasional rap battle prediction for other competitors.

He has a daughter named Mikayla who was born in July of 2008.

He has battled fellow rappers like Math Hoffa and Charlie Clips.

Most Popular#55343
Rapper Born in Massachusetts#14

Chilla Jones Is A Member Of