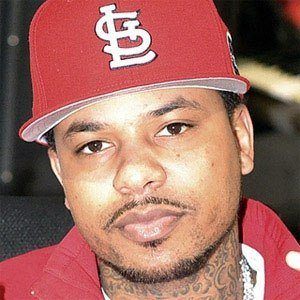 Hip-hop rapper who was associated with French Montana's Coke Boys group. He released a number of mixtapes such as Hurry Up and Die: Get Ya Casket On and Flight 2011.

He started really taking his music seriously at the beginning of high school.

He released three singles in 2013 titled "Right Here," "We Up in Here" and "Feelings." His debut album, Welcome to JFK, was ready to be dropped when he unexpectedly passed away in 2015; it was released later that year, in the month of August. His second and final album, Legends Never Die, was released posthumously in 2016.

He was born in Far Rockaway, Queens, New York City. He grew up living in the projects.

He and Lil Durk were both members of French Montana's Coke Boys group and record label.

Chinx Drugz Is A Member Of