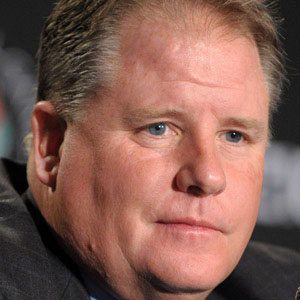 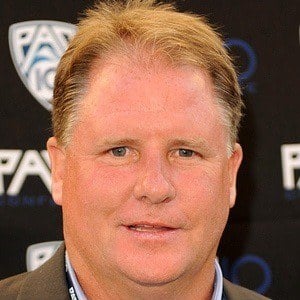 Football coach known for his innovative offensive tactics who led the University of Oregon from 2009 to 2012. He served as head coach of the NFL's Philadelphia Eagles from 2013 to 2015, and, in 2016, he was named head coach of the San Francisco 49ers. He was fired by the 49ers after going 2-14 in his lone season with the team.

He studied physical education at the University of New Hampshire.

He led Oregon to three consecutive conference championships from 2009 to 2011.

He is the son of Paul and Jean Kelly. He was engaged to Karen Biagini in 2008, but the couple separated in 2009.

He was succeeded by Mark Helfrich as head coach of the Oregon Ducks.

Chip Kelly Is A Member Of