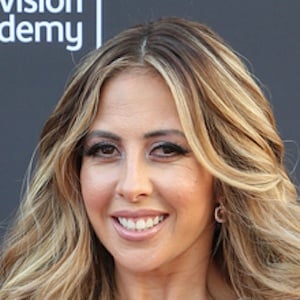 Radio host, TV personality and 5 times Emmy winner who has been the host of Telemundo's Daily Access show since 2015. She moved to the US in 2001, where she began working for CBS Radio - before moving, she was a presenter on Super Stereo Network in Guadalajara, Mexico.

She graduated from the Autonomous University of Guadalajara in 2002 with a degree in journalism. She went on to study english at the Instituto Cultural México Americano.

In 2009 she was a judge on Live the Dream!, a Univision talent competition reality show.

She married Gerardo López in 2014.

Cristian de la Fuente was the host of Live the Dream!

Chiquibaby Is A Member Of