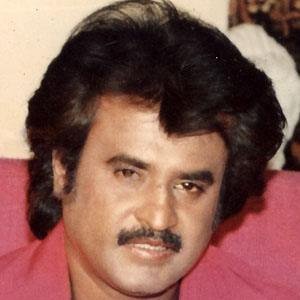 Tamil film superstar who became the second highest-paid actor in Asia in 2007. He has appeared in over 150 titles and won four Best Actor Awards from the Tamil Nadu State Film Awards.

He worked as a bus conductor before finding his first entertainment job as a stage actor.

He married Latha Rangachari on February 2, 1981. The couple had daughters named Aishwarya and Soundarya, who both became involved in the film industry.

He won the Indian Entertainer of the Year Award in 2007, leaving Shahrukh Khan as the runner-up.

Rajinikanth Is A Member Of