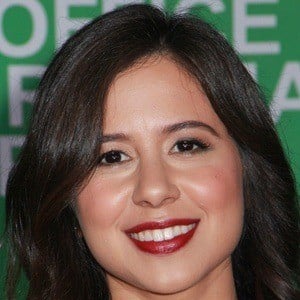 Actress primarily known for her portrayal of Chloe in the short-lived ABC comedy series Manhattan Love Story. She is also known for her recurring role as Gemma in the Disney series Liv and Maddie.

She graduated from New York University with her BFA. She also studied at the Atlantic Theater Company and went on to work with the Upright Citizens Brigade.

She made her film debut in the 2013 television movie Counseling Crazy.

She has a younger sister named Carla.

She appeared alongside Analeigh Tipton and Jake McDorman in the comedy Manhattan Love Story.

Chloe Wepper Is A Member Of