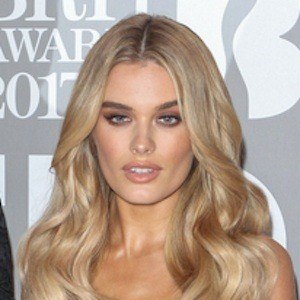 British fashion model who has graced the covers of Elle Portugal and Norway. She has also modeled for the likes of Cosmopolitan, Brides, Marie Claire, Glamour and Vogue.

She beat thousands of models to clinch the title of Face of Bank at the age of 17. She was signed by Storm Model Management shortly thereafter in 2011.

She was featured in the music video for The Wanted's song "I Found You" in 2012.

She was born in Cheshire, England and moved to London when she was 18 for her modeling career. She has an older brother named Dean. In 2015, she got engaged to boyfriend Josh Cuthbert. They wed in the summer of 2018.

She and Julia Stegner have both modeled for Maybelline.

Chloe Lloyd Is A Member Of