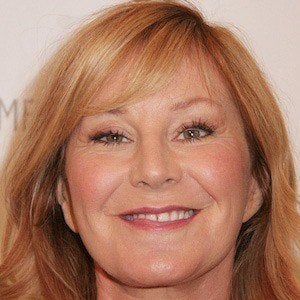 American film and television star who first rose to fame for her role as Linda Mason in the 1988 film Twins and as Nancy Spungen in the 1986 film Sid and Nancy. She has since become known for portraying Monica Gallagher in the popular Showtime series Shameless.

Her career originally began in music, enrolling at both The Boston Conservatory and the Berklee College of Music. She even spent some time singing in bars before she ventured into musical theatre in the early 1980s.

In 1988, she was nominated for a primetime Emmy for her role as Laurette Barber in the television show China Beach.

She grew up in a number of cities on the East coast due to the fact that her father was a bridge and road designer.

Gary Oldman portrayed the Sid Vicious to her Nancy Spungen in the Sex Pistols biopic Sid and Nancy.

Chloe Webb Is A Member Of