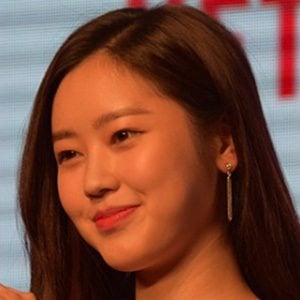 Originally best known for her role as Eun-kyung in the historical film Spirits' Homecoming, she is an actress who landed a series regular role in the Netflix series My First First Love as Oh Ga-rin.

She was a student at Chung-Ang University's Department of Dance. She was a guest in a 2016 episode of the show Blow Breeze.

She won New Rising Award at the 53rd Grand Bell Awards for her part in Spirits' Homecoming. She later won Best New Actress at the 38th Golden Cinema Film Festival for her role in the movie Keys to the Heart.

She starred alongside Jung Jin-young in My First First Love.

Choi Ri Is A Member Of