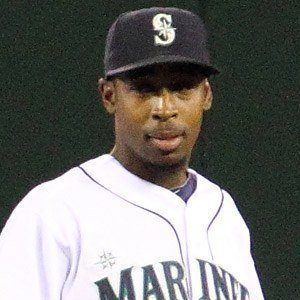 MLB utility player best known for his eight-year stint with the Los Angeles Angels of Anaheim, where he won a World Series ring in 2002. He made his first All-Star game in his final year with the team in 2009.

He was drafted out of Brandon High School by the Colorado Rockies in 1997 but didn't make his major league debut until 2002 with the Angels.

He was born Desmond DeChone Figgins.

He played under manager Mike Scioscia on the World Series-winning 2002 Angels team.

Chone Figgins Is A Member Of