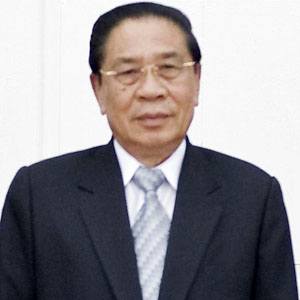 General Secretary of the Lao People's Revolutionary Party who took office as the President of Laos in 2006.

He was the Vice President of Laos for five years before running for presidential office.

He promoted Bouasone Bouphavanh to the role of Prime Minister in 2006.