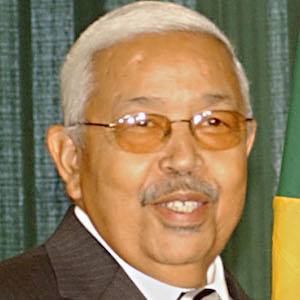 Known for his tenure as the 3rd President of Cape Verde from March 2001 through September 2011. Prior to this, he had served as the nation's Prime Minister, an office he originated, from 1975 through 2001.

He attended the Lisbon University of Sciences in Portugal beginning in 1956. He eventually left early, as he was drafted into the Portuguese Air Force as an officer.

He helped lead the revolution against the colonial Portuguese government in 1974 that would lead to the establishment of Cape Verde as a sovereign nation. In March 2011, he was awarded the Mo Ibrahim Prize for Achievement in African Leadership.

He was born and raised in Fogo, Cape Verde.

In March 2011, he joined Joaquim Chissano in receiving the Mo Ibrahim Prize for Achievement in African Leadership.

Pedro Pires Is A Member Of