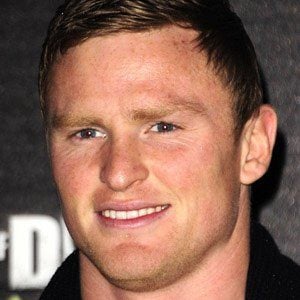 He won a scholarship to play for the Wigan Warriors U18 team at the age of 16.

He had one of his best seasons in 2009-2010, when he earned Premiership player of the season honors.

He grew up with a sister named Beth Ashton.

He was teammates with Ben Foden on Northampton until he left the team in 2012.

Chris Ashton Is A Member Of