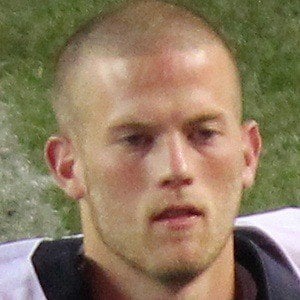 NFL kicker who became the youngest player to hit four field goals in a playoff game when he helped lead the Pittsburgh Steelers to an 18-16 win over the Cincinnati Bengals in the 2015 postseason.

He attended Rice University, where he amassed 358 career points, second only in school history to Jarett Dillard.

After spending the 2014 season on the Houston Texans' practice squad, he established himself with the Steelers in 2015 when he hit 29 of 32 field goals, setting a rookie franchise record.

He was born to Rick and Dawn Boswell and has two siblings.

Chris Boswell Is A Member Of