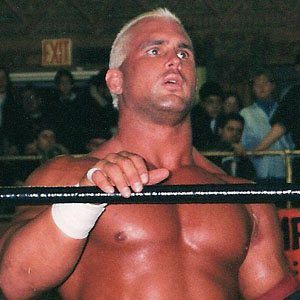 WWF star and 1994 NWA World Heavyweight Champion who died from complications following a surgery after he broke his tibia and fibula in a match.

He began training as a professional wrestler at age 14, with professional Larry Sharpe, and he quickly joined Sharpe's league, the World Wrestling Association.

On March 31, 1996, he and Zip of the Godwinns won the WWF Tag Team Championship.

He met Tammy Lynn Stytch when he was in high school, and had an on-and-off relationship with her until his death.

He defeated Al Snow in a 10-man tournament en route to the 1996 NWA World Heavyweight Championship.

Chris Candido Is A Member Of