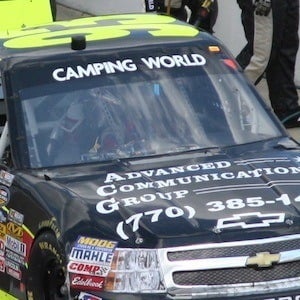 American race car driver who began his NASCAR career in 2011.

He started competing in kart racing when he was 8 years old.

He made his NASCAR Camping World Truck Series debut at the 2011 Good Sam Club 200 at Atlanta Motor Speedway.

His father Lynn began training him during his early racing days.

Chris Cockrum Is A Member Of