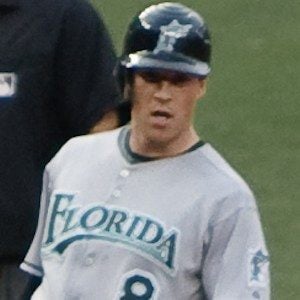 MLB utility player known for winning the 2009 Rookie of the Year Award while a member of the Florida Marlins. He was a member of the Chicago Cubs' 2016 World Series Championship team.

He attended the University of Mississippi despite being an 18th-round draft pick out of high school. After three All-SEC-caliber seasons, he was a first-round pick in 2006.

During his spectacular rookie season, he set a Marlins franchise record with eight consecutive multi-hit games and made MLB history as the first rookie to have back-to-back 40-hit months.

He married Corrie Adamson in 2011.

Chris Coghlan Is A Member Of