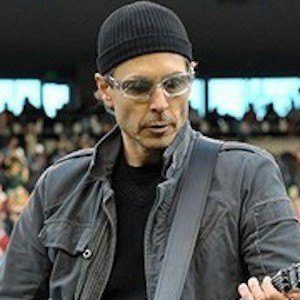 Rhythm guitarist who co-founded the heavy metal group Queensryche and has been nominated for three Grammy Awards.

In high school he joined a band called The Mob, covering songs of Iron Maiden and Judas Priest.

After leaving Queensryche, he found time to fulfill his dream of becoming a pilot.

He grew up near Wenatchee, Washington.

He once told ESPN that he is a big fan of Tony Romo.

Chris Degarmo Is A Member Of