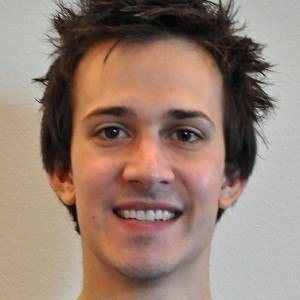 Actor, writer, director, and social media presence known for his work with the Rooster Teeth production company. He became the head writer of Live Action. He provides voice-over and editing for much of the animated work.

He graduated as valedictorian of his high school. He went on to attend the University of Texas-Austin.

His first professional project came while still a student at the University of Texas. It was the web series The Wingmen in 2008. He appears as the voice of Russ in the Rooster Teeth series iBlade.

In December of 2012, he produced, filmed, and appeared in the Rooster Teeth documentary A Simple Walk Into Mordor. He and fellow Rooster Teeth employee Kerry Shawcross walked the film The Lord of the Ring's path to fictional volcano Mordor.

Chris Demarais Is A Member Of