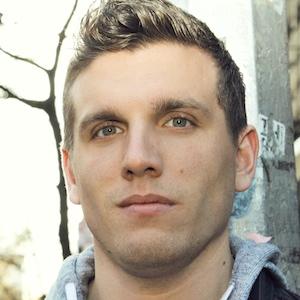 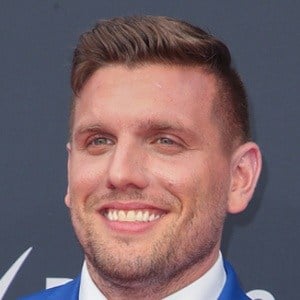 American comedian who has starred in MTV and MTV2's shows Guy Code and Girl Code. He also co-hosted the MSG show The Bracket in 2013.

He earned a bachelor's degree in psychology from St. Joseph's College and also earned a doctorate in physical therapy.

He was a finalist in the 2011 New York Comedy Festival and his elbow was featured in a national Subway commercial. He has opened for comedy legends such as Richard Lewis and Artie Lange.

He previously dated his Girl Code co-star Carly Aquilino in 2010. He married Zumba instructor Jazzy in February of 2015; they have a daughter named Deliah.

He co-hosted Ain't That America in 2013 with Lil Duval.

Chris Distefano Is A Member Of