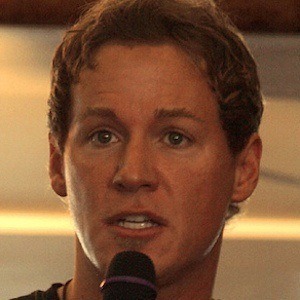 Medium, paranormal researcher, and television host best known for starring in the internationally syndicated series Dead Famous and for hosting A&E's Psychic Kids: Children of the Paranormal. He is also known for launching the paranormal periodical Unknown Magazine and for hosting the podcast Spirit Talk.

He has had paranormal experiences since the age of four. He later attended Beloit College where he focused in abnormal psychology and cognitive psychology, amongst other things. Post college, he worked as a graphic designer and loan officer before pursuing his career in paranormal investigation.

He has been a guest on popular paranormal shows like Ghost Hunters, Ghost Adventures, Scariest Places on Earth, and Paranormal Challenge.

He is the eldest of two born to Chicago Blackhawks player Reggie Fleming and Patricia Fleming.

In 1985, he won an Angus Young look-a-like contest and later appeared onstage with AC/DC on their Who Made Who Tour.

Chris Fleming Is A Member Of