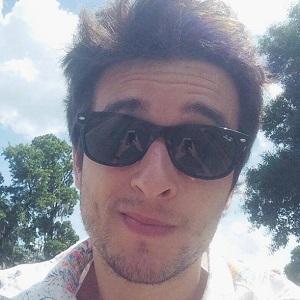 Lead singer-songwriter and producer for the pop duo Like the Movies.

He started playing music when he was 10 years old.

He enjoys all genres of music but finds himself writing mainly pop and country songs.

He has a younger sister named Cara.

Chris Ganoudis Is A Member Of