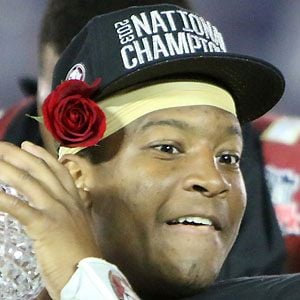 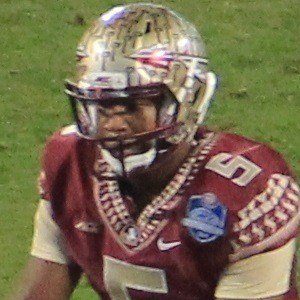 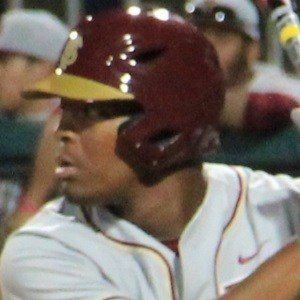 2013 Heisman Trophy-winning quarterback who was a freshman sensation at Florida State University, leading the Seminoles to a BCS National Championship. He was selected first overall in the 2015 NFL Draft by the Tampa Bay Buccaneers.

He was a standout in both baseball and football at Hueytown High School in Hueytown, Alabama.

He was selected in the 15th round of the 2012 MLB Draft by the Texas Rangers, but chose to attend Florida State instead.

He was born to Loretta and Antonor Winston. In 2018, he got engaged to Breion Allen and the couple married in March 2020. He and Breion have a son named Antonor.

He became Florida State's starting quarterback after EJ Manuel graduated and was drafted in the first round of the 2013 NFL Draft by the Buffalo Bills.

Jameis Winston Is A Member Of