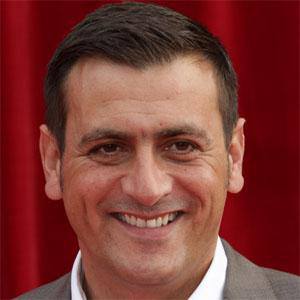 English actor who has earned four British Soap Award nominations for his role as Peter Barlow on Coronation Street.

He studied acting at the Central School of Speech and Drama.

He is also known for roles in Soldier Solider and New Street Law.

He married Caroline Harding in 2002 and the couple has three children.

He had a small role opposite Naomie Harris in the 2009 comedy, My Last Five Girlfriends.

Chris Gascoyne Is A Member Of