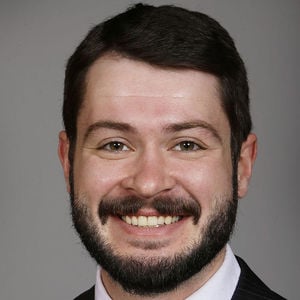 Musician and songwriter best recognized as the guitarist for the indie pop band Fickle Friends. The band released their debut EP Velvet in 2015 and followed up with Glue two years later.

Fickle Friends formed in 2013 but it would take them two years of touring Europe and the UK before they would be signed to Polydor Records.

Before being signed to a publisher or a label, Fickle Friends performed at 53 festivals over the span of two years.

He and his girlfriend, Emma, celebrated their third anniversary together in November 2016.

Both he and Josh Dewhurst gained fame as guitarists for English indie pop bands.

Chris Hall Is A Member Of