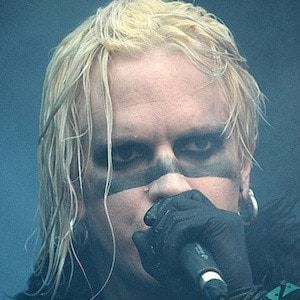 Singer and guitarist who first rose to fame as a member of Philiae. He later became best known as the frontman of the band Lord of the Lost, a project that initially began as a solo endeavor.

He has worked as a model for brands like Pyrate Styles.

He has an older sister named Nina.

Both he and Jennifer Weist are popular German rock singers.

Chris Harms Is A Member Of