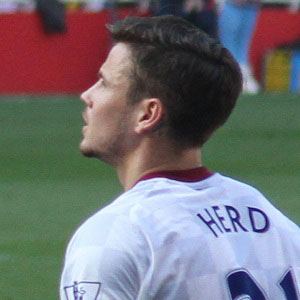 Australian utility player who began his professional career with Aston Villa in Premier League in 2010. In 2015, he was a member of the Australian squad which earned its first-ever victory at the AFC Asian Cup.

He grew up in Perth, Western Australia and played youth soccer for ECU Joondalup SC, Bayswater City and Aston Villa.

He is also eligible to represent Scotland internationally due to the fact that both of his parents are Scottish.

His parents' names are Karen and William.

He has been teammates with Ron Vlaar at Aston Villa.

Chris Herd Is A Member Of