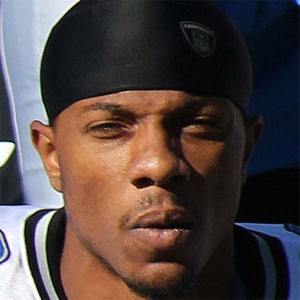 Second round draft pick for the Falcons spent three seasons playing cornerback for Atlanta before being traded to the Detroit Lions in 2011.

He led the NFL in interception return yards during his first season with the Lions.

He was born to Larry and Barbara Houston.

Chris Houston Is A Member Of