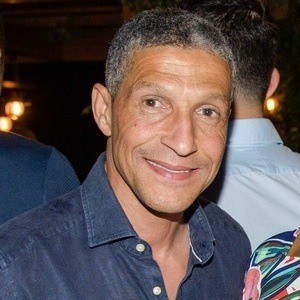 Fullback for Tottenham Hotspur from 1977 to 1990. He was a member of the Republic of Ireland national team from 1979 to 1991 and became a manager after retirement, taking over the reigns for Norwich City in 2012 after a season leading Birmingham City.

He came up through the Tottenham youth system and made his senior debut in 1979 against rival Manchester United.

He became the first black player on the Irish national team in 1979.

His brother Henry was also a professional soccer player, playing with the Leyton Orient.

He helped coach Alan Shearer while he was serving as an assistant manager for Tottenham Hotspur.

Chris Hughton Is A Member Of