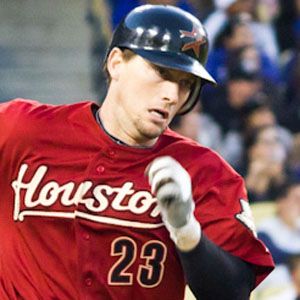 MLB third baseman best known for his time with teams like the Arizona Diamondbacks and Atlanta Braves. He had a breakout 2013 season with the Braves, finishing second in the National League batting race.

He attended Stetson University despite being drafted by the Boston Red Sox in the 2003 MLB Draft.

In 2012, he became the first player in Diamondback history to hit a grand slam in his first game with the organization.

He has been teammates with All-Star right fielder Jason Heyward in Atlanta.

Chris Johnson Is A Member Of