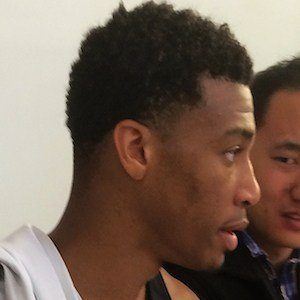 NBA power forward who was drafted 29th overall by the Brooklyn Nets in 2015. He made his NBA debut in early 2016 after missing the first 53 games of the season with an ACL injury.

He attended Syracuse University, where he injured his knee only 16 games into his freshman season. Despite only playing half a season in college, he declared for the NBA draft after his freshman year.

He bounced around in high school, eventually ending up at the vaunted IMG Academy. He was a five-star prospect coming out of high school.

He was born to Albert McCullough and Brenda Ryer.

Chris McCullough Is A Member Of