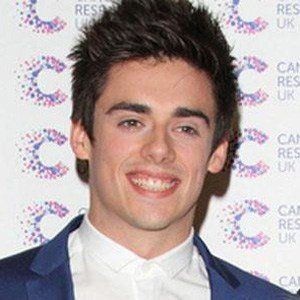 Olympic diver on Team Great Britain who competed at the 2012 Summer Olympics in the men's 3 meter springboard individual and synchro events.

A virus he contracted ruptured his spleen, which was only discovered after a day; and after he was rushed to the hospital the doctors gave him a 5% chance to live.

From the grim prognosis, he spent a month in the hospital and lost most of his muscle mass, but three years later he was able to recover to compete in the 2012 London games.

He was born in Reading, Berkshire.

His diving teammate Tom Daley took home the Bronze medal for the ten meter platform at the 2012 Summer Olympics.

Chris Mears Is A Member Of