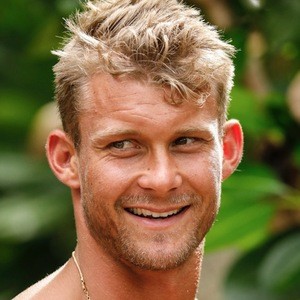 Model and personal trainer who rose to fame after getting cast on Survivor's 36th season, Ghost Island. He was eliminated during the 8th episode, but was the first contestant to get awarded a spot on the jury.

As a model, he's done campaigns with high-end designers like Hugo Boss and Versace, and even appeared on a billboard for the latter's 5th Avenue flagship store in New York.

He is a passionate advocate for those suffering from Multiple Sclerosis because his mother suffered from the disorder for many years.

Fellow Ghost Island contestant Michael Yerger was also a model before getting cast on the show.

Chris Noble Is A Member Of