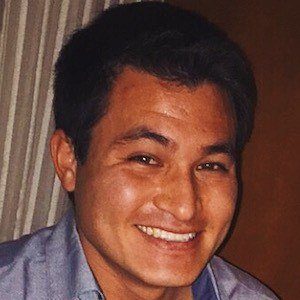 Japan-based YouTuber who discusses the culture of the country in informative videos. He covers everything from schools, jobs, restaurants and interesting places in Japan for his more than 600,000 subscribers.

He worked as a lifeguard for a tennis club and served as a Q/A tester for the video game company Activision. He also worked for the ad agency CPX Interactive and would graduate from Bates College as a Japanese and Economics major.

In December of 2015, he began working at Odigo Japan's digital marketing manager and head of video content.

He was born in London, England and raised in Los Angeles, California before moving to Japan for his professional career in June of 2012. His father was a businessman and his mother was a Japanese model and pop singer.

He has had international couple Rachel and Jun on his channel.

Chris Okano Is A Member Of