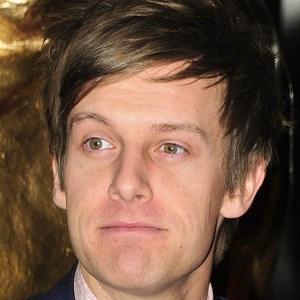 Perhaps most famous for starring as Jack Pearson on the BBC Two comedy series Hebburn, Ramsey is also known for his Edinburgh Comedy Award-nominated stage show Offermation, as well as for his panelist appearances on the ITV2 program Celebrity Juice.

After briefly pursuing a film studies degree at the University of Sunderland, he performed a one-man comedy show titled Aggrophobic at the 2010 Edinburgh Festival Fringe.

His television credits include appearances on Never Mind the Buzzcocks and Mock the Week.

He grew up in South Shields, South Tyneside, England. In 2014, he married fellow entertainer Rosie Winter. They have two sons named Robin and Rafe.

He appeared alongside Kelvin Fletcher on the 17th series of the Strictly Come Dancing.

Chris Ramsey Is A Member Of