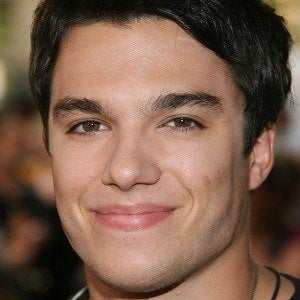 Actor known for his role of Scott Rosson in the teen drama Gossip Girl. He appeared in 6 episodes in 2009.

He began acting as a child at the Home Made Theater in New York. He then studied acting at the Lee Strasberg Theatre and Film Institute in New York City, New York.

In 2010, he appeared in the film Vampires Suck, a parody of the Twilight film series. In 2013, he appeared in a small, bit role in Martin Scorsese's film The Wolf of Wall Street.

He was born in New York City to parents Michele and Rob Riggi.

He considers his idol to be Marlon Brando.

Chris Riggi Is A Member Of