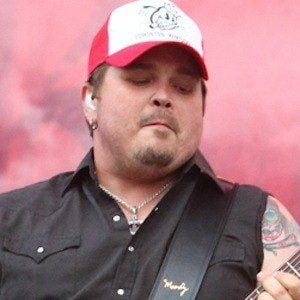 Guitarist best known for playing lead guitar in the American hard rock band Black Stone Cherry. He and the band have earned acclaim for albums like 2008's Folklore and Superstition and 2011's Between the Devil and the Deep Blue Sea, both of which hit number one on the U.K. rock album charts.

He was interviewed about his suicide attempt by The You Rock Foundation, a web series dedicated to interviewing rock stars about their struggles with depression.

His band opened for Bad Company, fronted by Paul Rodgers, in 2013.

Chris Robertson Is A Member Of