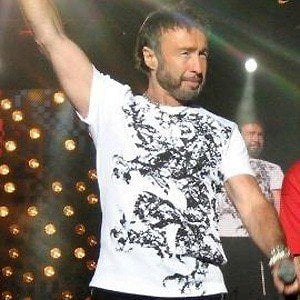 Singer-songwriter who has sung with Free and Bad Company and is one of Rolling Stone's 100 Greatest Singers of All Time.

He started his music career as a bassist for the local London band The Wildflowers.

He and Bad Company released three consecutive multi-Platinum-certified albums from 1974 to 1976.

He had two children, Steve and Jasmine, with first wife Machiko Shimizu; he married his second wife, Cynthia Kereluk, in September 2007.

He released the 1993 albums Muddy Water Blues: A Tribute to Muddy Waters that was a #9 UK album.

Paul Rodgers Is A Member Of