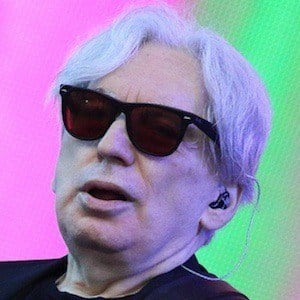 Lead guitarist and co-founder of the new wave group Blondie who wrote the song "Sunday Girl" for his band.

His childhood interest in Egypt and mummies was side-lined when he got his first guitar.

He was diagnosed with a rare autoimmune disease, and although he eventually recovered, Blondie still broke up.

His wife Barbara Sicuranza is an actress, with whom Stein has two daughters.

His ex-girlfriend Debbie Harry was on the cover of Rolling Stone magazine in a photo taken by Annie Leibovitz.

Chris Stein Is A Member Of