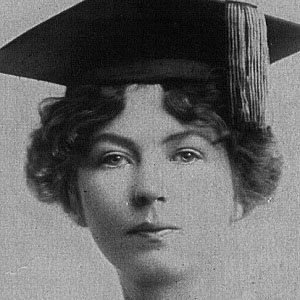 Best remembered for her role in founding and operating the Women's Social and Political Union of the early 1900s, this British-born women's suffrage activist also played a key role in the United States' evangelical Second Adventist movement.

She earned an honors LLB degree from the University of Manchester but was barred from practicing law as a result of her gender.

At the conclusion of World War I, she entered a 1918 election as a representative of the newly-formed Women's Party.

She was born in Manchester, England to women's suffragette Emmeline Pankhurstt and socialist Richard Pankhurst. Her two sisters, Sylvia and Adela Pankhurst, were also active in the women's suffrage movement.

She was born in the same year as American suffragette and politician Jeannette Rankin.

Christabel Pankhurst Is A Member Of