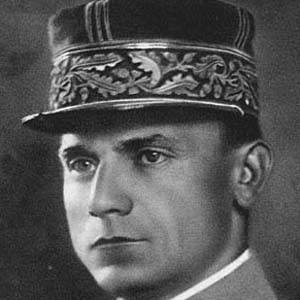 General in the French Army during World War I, who was one of the leading members of the Czechoslovak National Council.

He attended the Charles University where he studied Physics, Astronomy, and Mathematics, among other subjects.

He contributed decisively to the cause of Czechoslovak sovereignty before he died in an unexplained plane crash.

He was born in Košariská, in the then-Kingdom of Hungary.

He was close friends with Gustave Eiffel.

Milan Rastislav Stefanik Is A Member Of