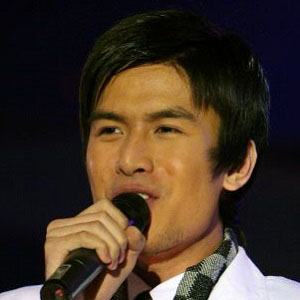 Filipino singer who rose to fame after finishing fourth on the reality singing show Star In a Million in 2003. After the show's end, he released multi-platinum albums like his 2004 self-titled debut and 2005's Completely.

He studied Landscape Architecture at University of the Philippines Diliman, where he was also a varsity table tennis player.

He has used to his success in singing to launch an acting career, appearing on TV series like Strawberry Lane and in stage productions like Ghost: The Musical.

He has brothers named Jordan and Joshua. He got engaged to his girlfriend Kat Ramnani in November 2017.

He collaborated with singer Sarah Geronimo on the 2010 single "Please Be Careful with My Heart."

Christian Bautista Is A Member Of