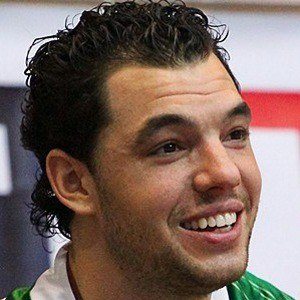 American professional basketball player who is recognized for playing the forward position for Germani Basket Brescia in the Italian Lega Basket Serie A. In 2011, he was named All-Ukrainian Superleague Player of the Year by Eurobasket.com.

In 2015, he won the Czech National Championship with CEZ Nymburk.

He married his wife Emma Nazzaro Burns in 2009.

Both he and Tamar Slay played for the Italian team Germani Basket Brescia.