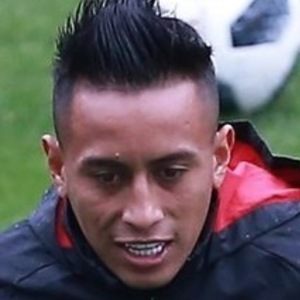 Attacking midfielder known for his play with Toluca and São Paolo. He helped the Peruvian national team place third in the 2015 Copa América.

He played for Peru's U20 team in 2011 before being called up to the senior team that same year. He scored Peru's first goal in the 2015 Copa América.

He is originally from Peru.

Both he and Hernanes played for São Paulo FC.

Christian Cueva Is A Member Of