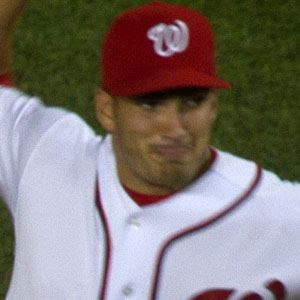 Right-handed pitcher who debuted with the Washington Nationals in 2012.

He was a pitcher and switch-hitting catcher at Gulliver Preparatory School in Florida.

His favorite baseball players growing up were Ivan Rodriguez and Roger Clemens.

One of his pitches became his knuckle-curve, which he developed while watching 270-game-winner and seven-time Gold Glove-winner Mike Mussina.

Christian Garcia Is A Member Of