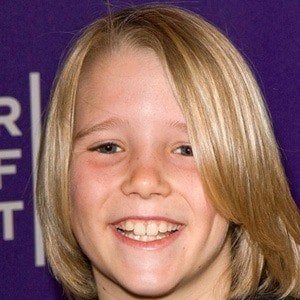 Canadian actor who has had roles in films like Snowmen and Home Alone: The Holiday Heist. He later starred in Netflix's Anne with an E and the CBC's Northern Rescue.

He took acting classes and won the child actor of the year award in a 2009 Los Angeles acting competition.

He was in a television commercial for Kid Cuisine.

His mother Lori has worked as a physician, and he has an older brother and sister.

He has starred in a movie in the Home Alone franchise like Macaulay Culkin.

Christian Martyn Is A Member Of